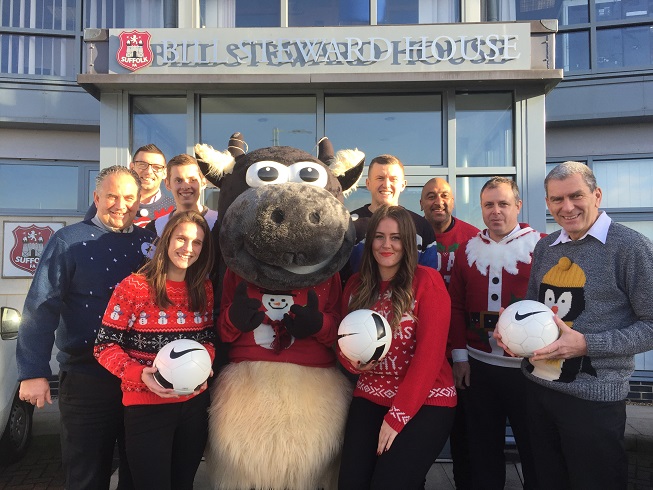 Suffolk FA are the official governing body of football and i۪ts development in the county of Suffolk. Three hundred and thirty two clubs make up the prominent football association with teams of all standards, in various leagues and participatory levels active and included.

Founded in 1885 it is a long standing organisation which has increased access and participation in English football, encouraging diversity, respect and inclusion across all levels of the game. The goal of the Suffolk FA is to encourage a thriving local game, be this in respect of players, fans and the wider community connected to football in the area.

Earlier this year Suffolk FA approached Eventcube seeking an easy to use ticketing system which would facilitate their needs at a time in which sport was under threat as a result of the Coronavirus pandemic. With reduced crowds and social distancing measures in place it was important that their ticketing provider was flexible, amenable and quick to introduce features which would support specific requirements to ensure fan safety and ground management.

With a number of matches still scheduled across the year it was essential that Suffolk FA were able to drive attendance and support small clubs within their organisation, all whilst ensuring that each match and the attendance alongside complied with current legislation and restrictions.

Given the above circumstances and the nature of the operation, Suffolk FA were seeking a fast acting ticketing provider which would be able to deliver in dependability - offering a streamlined ticketing service which would encourage fans to buy with confidence and trust beneath the brand of Suffolk FA itself in a white label capacity.

Utilising our white label ticketing platform, Suffolk FA were able to sign up to Eventcube quickly and efficiently, launching ticket sales just days after their initial contact. The storefront was custom branded so as to retain the branding of the football association and listed up and coming matches applicable for online purchase. This storefront was able to be widely shared and distributed amongst the football association network via URL and email. This resulted in significant attendance at matches and high sales.

The football association was able to track and monitor attendance at matches via Eventcube reporting mechanics. They were able to assess who had purchased tickets and maintain a database of their information which was important based on present circumstances. These reporting mechanisms were also used to map scale and social distancing at each game.

So what were the results?

Over several months Suffolk FA sold over one thousand tickets for more than twenty football matches, an achievement which helped to shine a spotlight on their good work and brought together local communities during what has been a difficult time.

Their model allowed for continued progression in the development of grassroots football in the UK at a time when many were unable to participate or attend matches on a national level. Using the Eventcube ticketing platform they were able to drive business to local clubs and the communities built around them, all whilst ensuring the safety and security of attendees.

"We had a number of nuanced requests for our events, from differing maximum capacities to specific tickets for identified groups, and the system has been able to cope with all of our requirements and more. Above all, the support to establish the system in full and address any ongoing requirements has meant that any issue we have had has been quickly and efficiently resolved. We will continue to use Eventcube for our ticketing needs, and would recommend others do to."