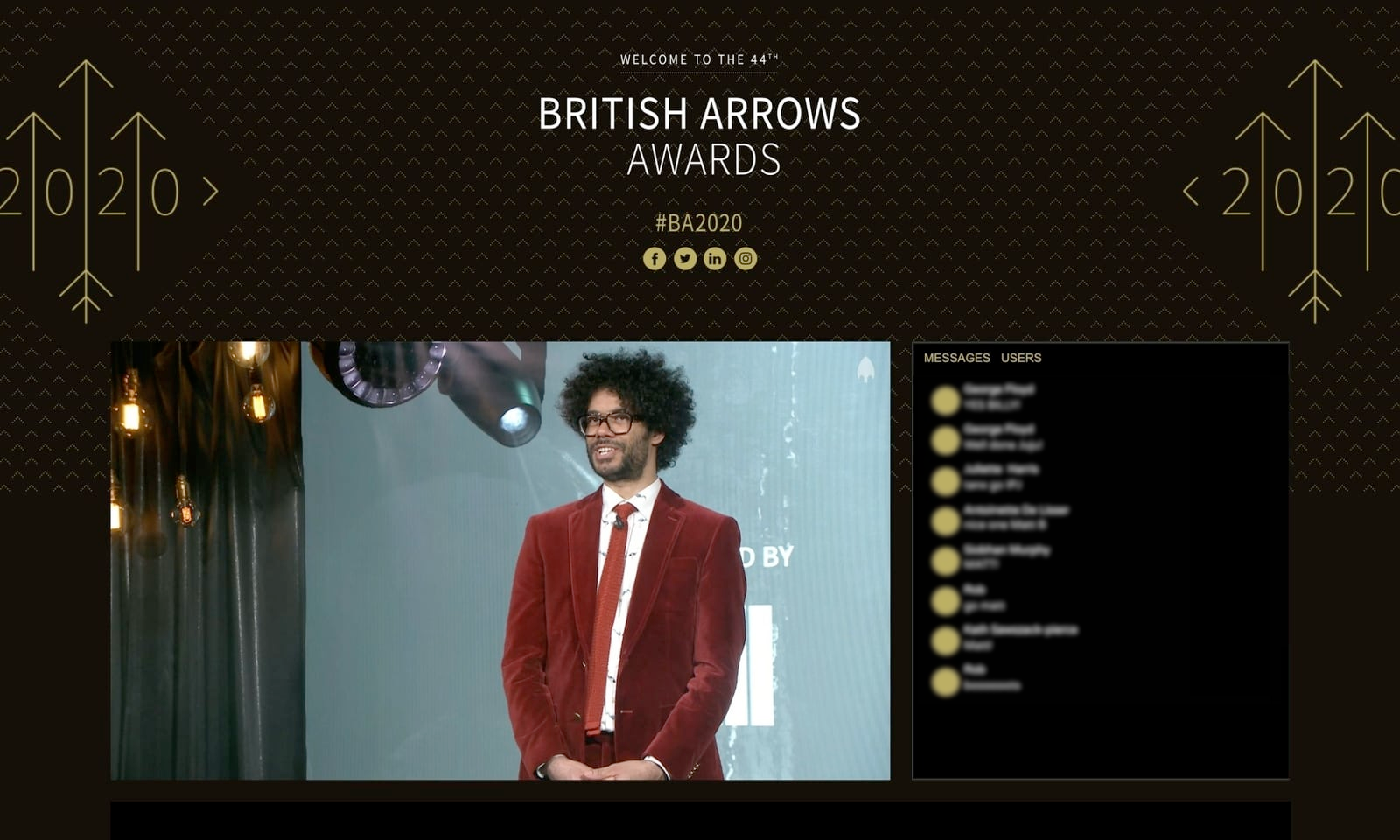 The Big Idea’s debut event in the virtual space was unquestionably high profile. Drafted by social media giant TikTok, the firm was charged with producing the network’s staff summer party, which would take the form of a digital-only festival. Featuring a line-up of music acts live-streamed into the homes of employees across Europe, the success of this immediately led to more contracts for more dates reliant on digital platforms and virtual attendees.

When the world plunged into disarray amid the coronavirus outbreak early-2020 it’s hard to imagine any company on the planet continued with business as usual. Nevertheless, it’s impossible to believe many were as badly impacted as one of the UK’s leading event production firms.

A Production Giant’s Demand for a New Strategy

For those who are unfamiliar, TBI has been responsible for ensuring the smooth running of more conferences, festivals, and award ceremonies than many people could ever image attending in their lifetime. Suffice to say, then, as the plug was pulled on any and all gatherings, they needed a serious strange of strategy. Thankfully, Eventcube was there to guide their hand.

“We went into lockdown in March and had loads of shows scheduled, which were all then cancelled. Then we were mostly furloughed over the summer. When our first virtual job came through we pitched the idea not really knowing how we would make it happen,” says Maia Henderson, Assistant Event Producer at TBI. “I think we pitched it in July, and started working with Eventcube then.

Going Virtual with the Aid of Eventcube

“To be honest, the idea was fairly easy to come up with, but we had no idea how to pull it off,” she continues when asked how difficult it was to hit the ground running once the team was fully operational again. “We work with a really great tech company called SFL, in Reading. They provide all the camera solutions for us, before when we were doing live it was screens and lighting, but with virtual and hybrid it’s cameras. We introduced them to Eventcube on call and had an explanation as to exactly how the platform worked, which was really reassuring.”

Skip forward a month, or thereabouts, and TBI’s debut event in the virtual space was unquestionably high profile. Drafted by social media giant TikTok, the firm was charged with producing the network’s staff summer party, which would take the form of a digital-only festival. Featuring a line-up of music acts live streamed into the homes of employees across Europe, the success of this immediately led to more contracts for more dates reliant on digital platforms and virtual attendees.

“In December  [2020] we did three projects — a Red Bull internal staff conference, a conference for AO, which was an external event aimed at suppliers, and then another TikTok event which was their end of year awards for staff. These really kicked off our virtual experience properly,” Henderson explains, audible enthusiasm betraying how well things went. “Since then we have done a second for Red Bull, and Eventcube has become a really trusted space. We’ve never had any issues, everything has worked really well.”

Suffice to say, URL is not the same as IRL, but as Eventcube’s own research has shown, the response to the sudden pivot to digital-first has been met with an overwhelmingly positive response. Like many, for TBI and Henderson the potential of what can be done in the virtual space wasn’t clear in the pre-pandemic era, having never considered online platforms as a viable option for events. Unsurprisingly, 18 months on from the first lockdown, times have definitely changed. And in more ways than one.

“I think what surprised me the most was how interactive the platform could be. For example, depending on what the show is we often get people to ask questions in the hope of doing a little Q&A, or get people to submit pictures of themselves watching from home. Then we pull it off our end and put it into the show,” she says, adding mid-event competitions as another way in which virtual can be made more engaging than those Zoom or Teams calls that have driven most staff and their organisations beyond the brink of boredom after so long working entirely, or largely, remotely from home. “I think, especially last year, virtual events hadn’t really been going for that long so it was surprising to see what the platform could sustain, and it’s being developed all the time to do more and more, which is great.”

Long before Eventcube surveyed its extensive client list to understand and gauge the extent to which 2020’s Great Pause and 2021’s uncertainty have impacted the industry, it was becoming clear that hybrid conferences, festivals and more were likely to outlast the thought of more curfews and work from home orders. As the first regions in the first countries to recover emerged from what can only be described as a waking nightmare, more and more tickets were being offered on a hybrid basis. Hence our own study showing that 70% of respondents would continue with mixed reality shows after the pandemic. Henderson’s viewpoint and experience supports our own findings.
‍

“One thing we took away from that [British Arrows’ hybrid awards show] was because there were so many people overseas who managed to tune in and watch, it was a real benefit.”

“One of our clients is the British Arrows, which is the British advertising awards. We did an event with them, I think it was March 2021. We used Eventcube to stream it, and there were a few of the winners actually in the room but the majority of it was virtual. One thing we took away from that was because there were so many people overseas who managed to tune in and watch, it was a real benefit. So for March 2022 they are looking at live, in-person awards, and streaming the ceremony globally for those who can’t attend in real life,” she explains. “And the TikTok end of year award show will also be hybrid this year. So I think hybrid is definitely going to be there going forward. Certainly a lot more than I first thought it would be.”

What to Expect from Hybrid Events in the “New Normal”

Despite Henderson reporting “really good” audience responses, it’s still clear that for all the rush to plug holes in calendars with faces on screens, not every promoter, venue manager or production team has embraced the idea of doing it all, or even some if it, online. As our conversation comes to a close, we ask what the message would be to any organisers yet to take the plunge into any kind of virtual space. At the risk of an understatement, the response is convincing.

“I would highly recommend virtual and hybrid. I know things are loosening up a bit and there are more in-person events happening, but I think people need to be aware of the fact not everyone is ready to go back to the way things were and this is a way of not letting coronavirus stop you from carrying on and being able to enjoy events,” Henderson replies. “People do get a lot of satisfaction from virtual, especially award shows and conferences. People appreciate it, and are amazed at how great it all looks and feels. It’s not just another Zoom call.”

"I think people need to be aware of the fact not everyone is ready to go back to the way things were and this [hybrid events] is a way of not letting coronavirus stop you from carrying on and being able to enjoy events." —Maia Henderson, Assistant Event Producer at TBI